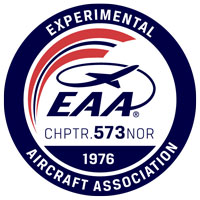 EAA Chapter 573 NORWAY was founded in 1976. The initiator was Jan Murer who at that time was an active private pilot, was building aircraft in his home garage and restoring and operating old military aircraft.

Through his intense interest, in particular for home-building, and a strong wish that more should participate in this activity, Murer played a central role and maintained a large contact with all most all people with in the home-building activity.

Many sought his advice and help and came by his work shop to be inspired. Murer had his own monthly section in the national magazine Fly-Nytt titled "The Amateur Builder" where he wrote articles to promote home-building. He made many new friends who wanted to build their own aircraft and who with his advice started several different projects in private homes and garages. Murer was authorized by the Norwegian CAA to be an inspector for several of these early projects which he continued with for more than twenty years. Kit planes and quick build kits where not available as they are today in those earlier years of home-building and the projects took allot of effort and time.

Murer had participated from the start of the Swedish EAA Chapter 222 in 1964 and was part of one of the first Fly-ins at Øland in the sixties. Chapter 222 was the first chapter outside North America Murer new over to the Swedish east cost island and met among others Paul Poberezny, EAA's founder and president through many years. This meeting was the initiative that gave him the strong will to organize a Chapter in Norway, though it would take some more time before being a reality.

Jan Murer learnt to fly right after the second world war during the spring of 1946 on a J-4 Cub. After 5 years with occupation in Norway and spending the last two years in Sweden as a refugee, the motivation strong to learn to fly. First solo was performed after a short instruction time of 2 hours 20 minutes. Later he took an aeronautical engineering degree in Montreal, Canada and worked some years afterwards for Canadair producing Sabre jets. When comeing home to Norway in the early fifties, he wanted his own private aircraft. Finally in 1965, he bought a badly damaged MFI-9 Junior which he immediately started dismantling. By acquiring some factory drawings and using bent sheet metals as patterns, he slowly rebuilt the aircraft from ground and up.

The all metal 2-seat aircraft oniginally manufactured in Malmø, Sweden, was well suited for Murer's experience with Sabre jet production. It was not common at that time for private persons to build their own aircraft in Norway. As a consequence, the Norwegian CAA made a special authorization and allowed the airplane to be registrated as a normal category airplane with Murer as responsible.

Murer's enthusiasm for home-building was set after this experience and he wished strongly that more could join him in his activity. He believed a simple aircraft was needed for the average builder and he favored strongly the Peter Bowers designed single seat Fly-Baby as a prototype of the ideal home builder's choice suitable for even the most novice builder and pilot. Fly-Baby has a simple construction in wood like a big model airplane and uses a Continental 65 hp engine with an installation similar to the J-3 Cub. The Fly-Baby won EAA's best amateur design of the year in the sixties in the US. It is built in large numbers and is even popular today. Murer converted all the FlyBaby manual like drawings into metric engineering drawings offering them. to builders in Norway and built an Fly-Baby airframe himself.

Several projects were started and ongoing in Norway during the seventies. Most projects were located on the south eastern part of the country. Some machines were already finished: Fly-Baby. Ongoing projects were: one Emeraude, three Volks-Plane, two all metal gliders, one Jungster, one Minicab, one Jodel and one Pazmany PL-4.

In the autumn of 1976, Murer felt time had come to organize a Norwegian Chapter. With the help of his good friend and SAS airline captain Jan Christie who was involved with EAA in Wisconsin, they conducted the first meeting in preparation for a formal Chapter. Later that year, the first formal meeting in Chapter 573 Norway was held with initially 25 mernbers. The number of memberships increased quickly and at one point was above 500 registrated members. The building activity also increased, but for a long time, very few projects were finished. In later years, the list of completed aircraft has slowly started to take off and there are inereasingly number of amateur built experimental registrated aircraft. More than one hundred projects are ongoing, and today more than 40 planes are in the air.

In the later years, many amateur built aircraft have become far more complicated and expensive than the ideal Fly-Baby from the sixties. On the other hand, there is a large choice of kit planes which ensures a much higher probability of success for the builder than previously when building from plans only. At the same time, the more advanced machines demand more of the builder. The consequences of errors leads more easily to catastrophic failures. This fact, combined with the increasing building activity, has lead to the need for more formalized rules and regulations. EAA Chapter 573 has lead and directed this activity of formalizing the building process towards the Norwegian CAA.

As a result, EAA Chapter 573 are involved with obligations and responsibilities towards the Norwegian CAA in all stages of the building process up to obtaining a final air worthiness approval.

This development of the activity shows that Chapter 573 has fulfilled and maintains its mission to promote and secure the right for every one to build and fly his or hers own amateur built aircraft in Norway. 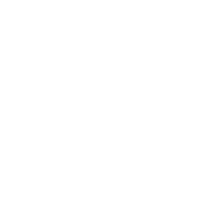 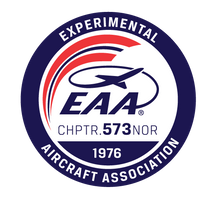